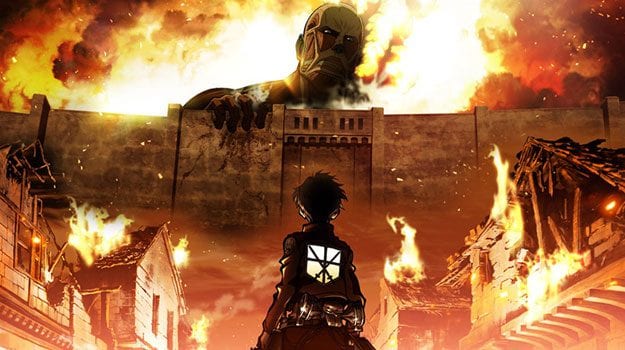 Attack on Titan is one of the largest anime hits in the least ten years. It spawned two live action films that will premiere in August and September of 2015, in Japan. The anime will also be getting two compilation films, one which has already aired, and another that is scheduled to come this summer in Japan. As a result, questions have been raised as to why Sony Pictures is registering Attack on Titan-related website domain names.

Anime News Network, which is a subsidiary of Sony Pictures USA, recently registered eight domains names related to the anime series. All of them were similar in nature. However, they had one important distinction where Sony-registered domains add a ‘the’ in the middle of each name. Presently, the domains forward to the official Sony Pictures’ websites.

Reports indicate that there are a few possibilities here. One of them indicates that Sony Pictures USA has planned on the release and distribution of the Japanese live-action films stateside, apparently in the near future. Attack on Titan is quite popular, especially in America, and serious profits can be gained by localizing the films.

Meanwhile, other reports indicate that Sony Pictures has strategies for its own Attack on Titan movie. It will certainly explain the extra ‘the’ in the title of this series. Simply saying Attack on Titan might feel like its missing a world, especially to the Western Audiences not familiar with this anime series. As a result, Attack on the Titan makes more sense. However, it will take some serious getting used to, by the hardcore fans of this franchise.

For now, it is impossible to know what Sony is exactly planning for this series. However, reports indicate that the company is definitely up to something. Attack on Titan films belonging to the Japanese Live-Action genre will make use of a mixture of CGI and suit-mation along with several practical effects. It will also include practical effects in order to bring the series’ gigantic Titans to life.