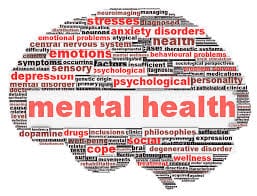 As the UK government is urged to intervene in the UK’s worst-performing mental health NHS locations ever, one of the world’s leading musician gives a no-holds barred interview about his lifelong psychological trauma.

Bruce Springsteen candidly revealed to the music magazine NME how he grew up feeling like “a very, very empty vessel.” His comments came on the day Norfolk and Sussex Mental Health Trust learned they had failed patients for the third time in a row following an inspection by the Care Quality Commission (CQC) in England.

Even during the CQC inspection patients were found to have overdosed and harmed themselves due to a lack of provision. Families of patients are demanding a clear out of the management team while local MPs and mental health charity MIND are insisting the government intervenes.

Meanwhile, Springsteen – who takes ‘a cocktail of medication’ in order to manage his mental health – said his initial breakdown occurred at the age of 32.  Even before this though, he had lived with feelings of emptiness and alienation going back to childhood.

Isolating himself to deal with his feelings alone, suppressing uncomfortable emotions and trying to control his surroundings and other people was the way he learned to live with his depression, he told the magazine. And it was when those coping mechanisms no longer worked for him, that his first big depressive episode was able to get a grip. It was in 1982 during his Nebraska album tour.

Springsteen believes his depression has a genetic root – one which was inherited from his father’s side of the family. He too suffered mental health issues and which interfered in his relationship with his son as a child.

Not surprisingly it was music that the lonely Springsteen turned to in a bid to block out the feelings of emptiness and to give him some sort of fulfilment.

He said: “When I was a child, and into my teens…I felt like a very, very empty vessel. And it wasn’t until I began to fill it up with music that I began to feel my own personal power and my impact on my friends and the small world that I was in. I began to get some sense of myself. But it came out of a place of real emptiness.

Springsteen, who grew up in New Jersey, said he felt more like his mother as a child; someone was kind and tread softly (although still with purpose). These were the kind of traits which his father, a bus driver, regarded as weakness and so he treated his son as such, according to the singer who has today 20 Grammy Awards and an Academy Award.

Back in Norfolk, mental health services remain the most pressing issue of the day. Local MP Clive Lewis said he was fed up hearing “platitudes” by managers about how the service would improve. Co-chair of Suffolk Parent Carer Network, Anne Humphrys, said they desperately needed “the intervention of the secretary of state and special administration.”