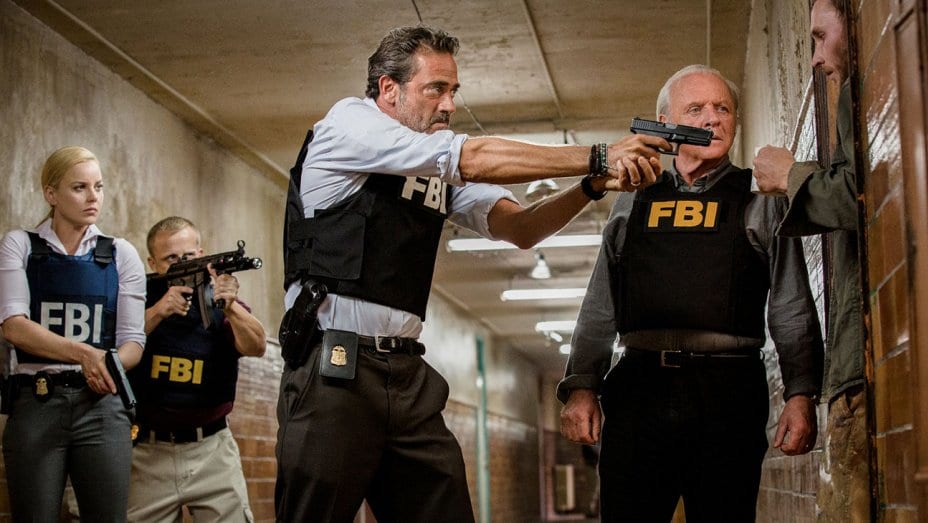 Afonso Poyart’s Solace is finally set to hit screens after a long period of anticipation. It was even rumored to become a sequel to David Fincher’s Se7en.

There’s a thin line between psychic and psychotic in Solace. A dark and corny serial-killer thriller delivered with enough conviction by a strong cast which is the movie’s strength. The murderer, Colin Farrell, targets terminally ill individuals and “kills them with kindness”. This makes the movie actually start to sound like a real psychological conundrum. Shot over two years ago in Atlanta, but orphaned by Stateside distributors, the film acquired the reputation along the way of being a sequel to Seven.

Well, it isn’t. The implication can only boost its notoriety, especially now that Solace has become an unfortunate victim of the Relativity bankruptcy. Though, this setback hasn’t thwarted its performance in several European territories, where a generally positive reception for this reasonably clever genre entry could eventually redeem its damaged-goods status back home.

A psychic doctor, John Clancy (Anthony Hopkins), works with an FBI special agent (Jeffrey Dean Morgan) in search of serial killer Charles Ambrose (Colin Farrell). After having lived in isolation for two years, since the death of his daughter, Clancy is asked by his friend Joe, an FBI special agent to help him solve several murders committed by a serial killer. The problem is that Ambrose is also psychic, and far ahead of Clancy.

The movie opens with Morgan and Cornish, as FBI agents Joe Merriweather and Katherine Cowles, investigating a peculiar murder. The victim sits, eyes opened in a perfectly poised position, killed by a supposedly pain-free spiking to the medulla oblongata. This is, we later learn, the third such series of killings. But oddly enough, the victims have little to connect them in terms of class, race, or age as one of them was a little boy, as it happens.

“I need to go see him,” Merriweather tells Cowles as they leave the crime scene and stand in the Significant Weather that this movie’s always throwing at us. If it rains as much in this Georgia-set movie as it did in “Seven,” there’s a reason for that: this movie’s script, here credited to Ted Griffin and Sean Bailey, originated as a kind of sequel to “Seven.”