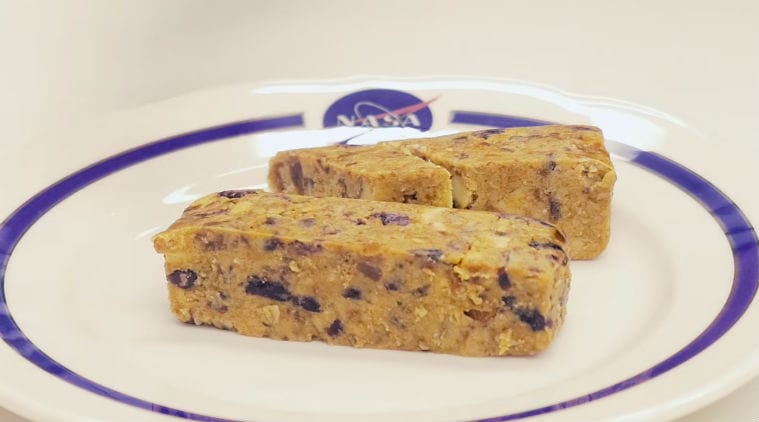 The food bars are being developed as we speak. NASA is currently in the process of developing special food bars that will one day be part of the trips to Mars. Eating is one of the most basic human habits. But, it could be a bit tricky to have access to your favorite food in deep space. Yet it is something that will bring some kind of normality in an extreme situation like space traveling for months.

The first astronauts will taste the new food bars on the Exploration Mission 2. In the Orion Spacecraft, designed to take astronauts beyond low Earth orbit. Orion’s upcoming trip, will take its crew around the Earth’s moon “without attachment to any habitation module,” explains Orion Crew Support Equipment System Manager Jessica Vos.

“In order to complete that mission,” Vos says, “we need to pack the food for, like, 10 to 14 days. So that’s quite a bit of mass and volume that we’re talking about”. In order to combat that, NASA’s Space Food Systems Laboratory has developed meal replacement bars. It is meant to be low in mass, but high in caloric density.

“We have the banana nut bar, orange cranberry bar, ginger vanilla bar, and barbecue nut bar,” NASA Food Scientist Takiyah Sirmons said”. Each is totaling about 700 to 800 calories. So it’s a huge meal replacement”.  NASA is working on human studies to see how often astronauts will need to eat the bars during missions.

In comparison, astronauts on the space station have about 200 meal options to choose from. They have this options because space station meals come from thermostabilized or rehydratable packages sent from Earth.

However, NASA food scientists “also have to consider how the bars will affect crew morale, since food choice, variety and taste are important aspects of ensuring they consume enough, especially as mission lengths increase,” NASA officials said in the statement.

NASA is hoping to launch Exploration Mission 2 sometime between 2021 and 2023. Although there is no formal announcement by NASA about this trip to Mars, this could be our first info.