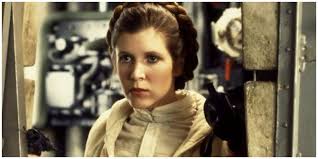 The world is weeping because of the death of yet another iconic Hollywood star. Carrie Fisher, the actress who gave life to the legendary Star Wars character Princess Leia bade the world goodbye after succumbing to complications of heart attack on Dec. 27.

Fans and friends remember her not only as an actress. She is also known for her works as a script doctor, an advocate of many causes, and an author.

After news of her death spread, tributes flooded the Internet. In an official statement released by Disney, the world was reminded how much the actress was loved.

“Carrie Fisher was one-of-a-kind, a true character who shared her talent and her truth with us all with her trademark wit and irreverence. Millions fell in love with her as the indomitable Princess Leia; she will always have a special place in the hearts of Star Wars fans as well as all of us who were lucky enough to know her personally. She will be sorely missed, and we join millions of fans and friends around the world who mourn her loss today.” Bob Iger, CEO of The Walt Disney Company

In 2012, Disney bought Lucasfilm (the film outfit behind Star Wars). It was back in 1977 when the company immortalized Princess Leia through Fisher.

In a separate statement, Lucasfilm paid tribute to Princess Leia and to the actress.

“Carrie holds such special place in the hearts of everyone at Lucasfilm it is difficult to think of a world without her. She was Princess Leia to the world but a very special friend to all of us. She had an indomitable spirit, incredible wit, and a loving heart. Carrie also defined the female hero of our age over a generation ago. Her groundbreaking role as Princess Leia served as an inspiration of power and confidence for young girls everywhere. We will miss her dearly.” – Kathleen Kennedy, President of Lucasfilm

More tributes has been sent by other celebrities including fellow Star Wars actors like Harrison Ford.

To Carrie Fisher best remembered as Princess Leia, may the force be with you!