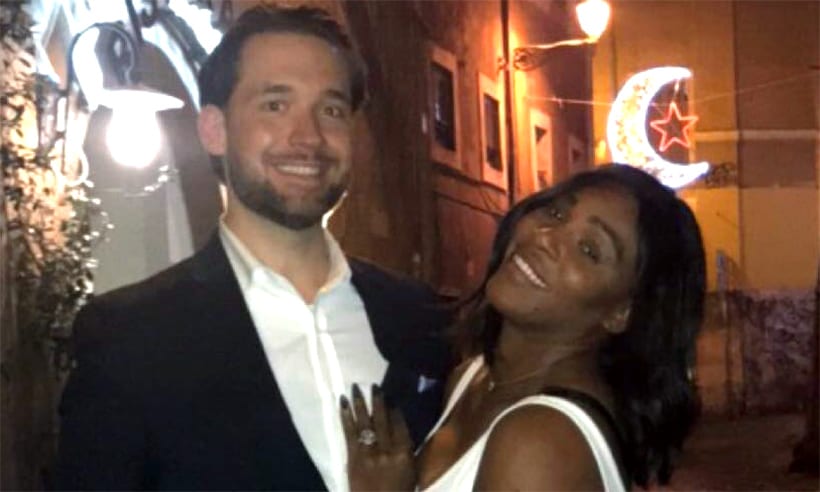 Serena Williams, the iconic tennis player, has recently announced that she is engaged to Reddit co-founder Alexis Ohanian. They had been in a year long relationship.

Someone had a bag packed for me

And a carriage awaited

To escort me to my very own “charming”

Back to where our stars first collided

And now it was full circle

At the same table we first met by chance

This time he made it not by chance

Down on one knee

To which Ohanian replied, “And you made me the happiest man on the planet.”

Williams has won over 38 Grand Slams and has been crowned the Female Athlete of the Year by the Associate Press over four times. She has also won 4 gold Olympic medals and is considered to be one of the best female tennis players in the world.