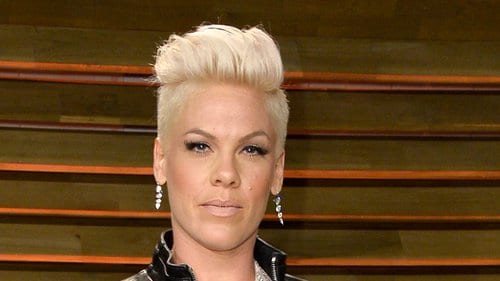 For months since announcing pregnancy to her second child with motocross racer Carey Hart, pop icon Pink has been giving updates in social media. She has been documenting her baby bump.

One day after Christmas, the singer behind hit songs Just Like A Pill and Just Give Me A Reason, finally gave birth to Willow’s sibling. In an Instagram post, Pink welcomed their second baby and happily shared that Jameson Moon Hart is his name.

Another post was also seen by fans and followers with Jameson cradled by Corey. Pink captioned the post I love my baby daddy.

Back in 2013, Pink was caught in an interview wherein she revealed the wanting to give Willow a sibling. The singer wanted the idea of a big family. At that time, she wanted Willow to have a family beyond her and her father. She further added that having a sibling will give Willow a lifetime friend.

Pink grew up in a family with a stepbrother and a stepsister while Corey was not 12 until his brother came. However, he died several years ago.

Family is given great importance by the Grammy-winning singer such that she always wanted to give the best for her kid. Now that Jameson is on board, we can expect the Harts to be in rocking chaos full of fun, cuteness, and adventure.

Despite the couple being in a whirlwind romance, having been separated in 2008 after getting married in 2006 – they still managed to reconcile in 2010 by going through marriage counseling. It was a fact that they had dealt quite great with the separation. While separated in 2008, Corey even appeared in Pink’s music video for So What.

In 2010, after confirming being back together, Corey again appeared in the music video for Just Give Me A Reason and True Love. The rest of their love story they say is history still being written with current chapter being focused on family life with Willow and new baby Jameson.