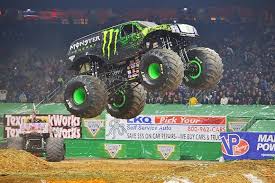 Jaden Christopher Syre Smith was born on July 8, 1998 in Malibu, California U.S. He is the son of one of the most powerful hollywood actor Will Smith. Her mother Jada Pinkett Smith was a well-known actress in hollywood. Jaden Smith is an actor and rapper as well.

His first major role was in 2006 together with his father in “The Pursuit of Happyness”. In 2008, he starred in the remake of 1951movie “The Day the Earth Stood Still”. After 2 years, Jaden Smith starred in the 2010 movie with Jackie Chan in the remake of “Karate Kid”. His next movie with his father was in the movie “After Death” in 2013. Smith was a cast in the 2014 movie “The Good Lord Bird”.

Jaden Smith is not just a good actor, knowingly he is also a food rapper the same as his father. He features inn the song Never Say never of Justine Biever. A mixtape was released in 2012 named “The Cool Cafè”.

Jaden Smith also put up his own clothing and lifestyle brand such as hoodies, vest and T-shirts to trousers. He also collaborate with Choi Bum Suk, a Korean designer. They created a pop-up store with collaborated logos where their customers can purchase their items.