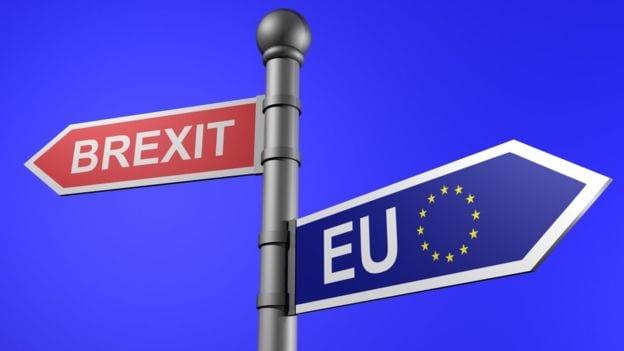 Getting agreement from her colleagues – never mind the rest of Britain – was never going to be easy. But such is the extent of the rejection of the draft Brexit deal that it now seems impossible. And that’s before May even presents her paper officially to the European Union.

The Prime Minister revealed the draft deal to her own ministers during a five-hour long cabinet meeting on Wednesday and it garnered Tory approval at that stage. It’s only now many of those Conservative dissenters are taking decisive action against it.

It’s been two and a half long years since millions of people in Britain woke to the news that the country was leaving the European Union and Brexit became a word most of the population came to detest through its over-use. May finally sought to put the indecision and constant queries – not to mention the continual squabbling – to an end when she came up with the following much-abbreviated draft separation agreement from the EU (the guide is 585 pages long, after all):

One of the most controversial issues (not counting that of the Irish border) is trading agreements between Britain and the EU. These have yet to be decided, having garnered merely a mention at this stage in the draft Brexit plan.

Throughout the process of negotiation over the years there has been mention of Britain signing up to similar deals with the EU as those currently enjoyed by Norway and Canada. But May insisted her draft Brexit deal was better than either of these because it set out “an ambitious free trade agreement than the EU has with any other country.”

Revealing her draft deal to parliament, she told members that it would “take back control’ of Britain’s borders, laws and money. She then went on to guarantee that it would “protect jobs, security and the integrity of the United Kingdom.”

So why the dissent?

Leading Brexiteer Jacob Rees-Mogg has accused May of rejecting the promises she made to parliament to leave both the customs union and legal system (ie to be dictated to by the European Court of Justice).

Others, such as Scottish First Minister says she will oppose the deal because she wants Scotland to remain within the single market. The Welsh minister, Carwyn Jones, is annoyed he wasn’t allowed to see the draft bill prior to its been revealed and says he isn’t opposed to general election or a second referendum if the deal doesn’t go through parliament. Both he and Sturgeon have written to May saying the draft deal was “Symptomatic of the chaotic approach to the negotiations and the lack of any meaningful engagement with the devolved administrations.”

have “exhausted the margin of manoeuvre” and that the draft deal was the best they could do under such tough circumstances.

Brexit – the next stage

At present an EU emergency summit is due to take place on November 25. This is of the EUs insistence and the UK is expected to take part in order to ensure that the deal is sealed officially by both sides. Whether this happens or not is anyone’s guess at this stage…

Next, the deal has to be accepted by the British parliament. This is scheduled to take place early next month and is the point at which many politicians believe May’s Brexit deal will fall flat on its face. In other words, it will be rejected and its authors sent packing.

But that may not be the only fall-out from a rejected deal. There is already talk of a vote of ‘no confidence’ in the Prime Minister (mostly fuelled by Rees-Mogg and his backers). This could lead to a general election or potentially a second referendum where the same question of whether or not the British people wanted to remain in the EU could be posed to them. And many politicians, captains of industry and academics expect the answer this time round would be a very different one – that Britain would in fact vote to remain in the UK.

And what of the future in parliament?

Certainly, a second referendum would be possible – despite Britain’s exit date from the EU being March 29 next year – were article 50 to be extended. There is a further cut-off date, however. That’s June 2020 and by which time Britain has to decide whether to continue to extend its exit or accept the fall-back Irish border agreement and become once again part of the EU customs union. At that point the prospect of agreeing on controversial future trading deals will also rear its ugly – and extremely complicated – head.

In the event of a general election there is no guarantee the Conservative Party will get voted back in as the leading party. In fact, many commentators and analysts have suggested that it will, in fact, be Labour who will end up running the Brexit show. Once again, the British people are looking for answers – but none seem to be forthcoming either at this moment in time or for the foreseeable future. In the meantime, watch this space…