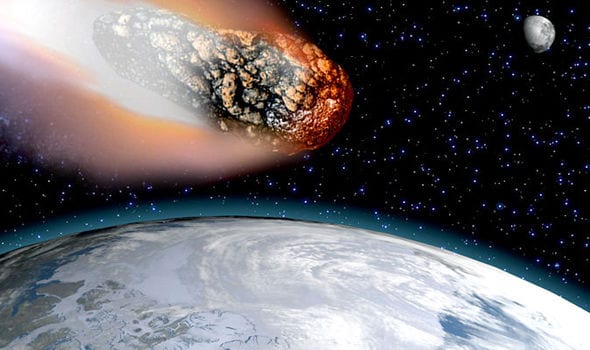 NASA has announced the passing of two objects passing by Earth’s orbit. One of it is a comet but it’s not clear whether the second object is a comet or an asteroid.

The first object is a rare comet and is known as C/2016 U1 NEOWISE, which was discovered by the NEOWISE, NASA’s asteroid-hunting mission. It reached the closest point to the Earth on December 13, 2016 and will get the closest to The Mercury’s orbit which will be the closest to the Sun on January 14, 2017.

The comet is expected to be bright enough to be seen on January 14. Due to the unpredictable brightness of a comet it may or may not be visible through a good pair of binoculars. It would be best observed from the Northern Hemisphere just before dawn in the Southern sky. It will be moving south every day until January 14 when it is closest to the Sun. This is the first time according to astronomers that it has come this close to Earth.

Very little is known about C/2016 U1 NEOWISE because this is the first time it has be observed ad it is believed that its orbital might be millions of years. So it might be that it would be another million years before seen again.

The second object which is known as 2016 WF9 is still a mystery to the NASA scientists. The object which seems to be about 1 kilometer across is hard to identify as either a comet or asteroid. The reason is due to its lack of trail of icy debris unlike comets. It does, however, have the reflective properties and body structure of a comet. Scientists are observing its approach to confirm if it is a comet. It will closest to Earth on February 25, at a distance of about 32 million miles. Although this may seem like a long distance this is, in fact, the closest on the astronomical scale.

Comets heat up and shed material as the approach the Sun. The orbital period of 2016 WF9 is 5 years and is therefore seen more frequently. It is believed to have ‘cometary origins’ and may have lost majority of the volatiles that are on or under the surface.