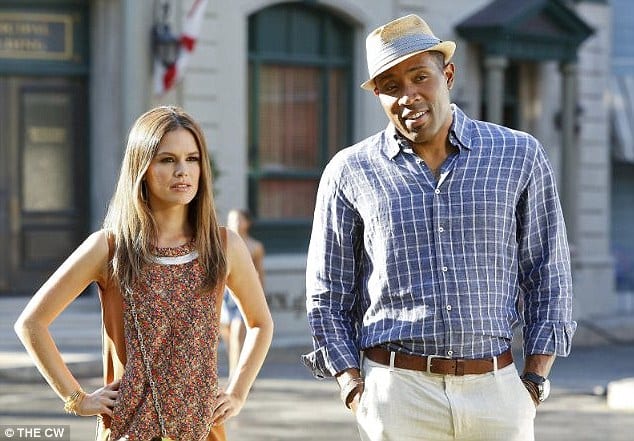 Cress Williams, famous German-born American film and television actor, has started his career more than 20 years ago. He is well-known of his roles in Prison break, Close to home, Nash Bridges, Beverly Hills, Living single etc.

But Williams is perhaps best known for playing Lavon Hayes in Hart of Dixie. This American comedy-drama television series gained a huge popularity soon after its first airing on September 26, 2011. The series aired for almost four years.

Although Williams is mostly TV actor, he has appeared in a few movies too – The doom generation, Fallen, Little black book, Never been kissed etc.

Williams says that television and movies are quite similar, but he prefers TV. “Television is moving a lot faster”, he explains. “On a daily basis, you’re going to shoot 7 or 9 pages a day. On a big budget film, you can shoot only 3 pages a day. So, it kind of depends on personality and what you find more challenging”.

Cress Williams definitely finds television more challenging and inspiring than movies. So it’s not surprising that he started his actor career on television.

After the appearance in Hardball episode in 1994 and in several Beverly Hills episodes, he makes a memorable role, according to Star Trek fans.

Williams was the first actor ever to portray a Jem’Hadar soldier in the Star Trek Legacy. He portrayed Talak’talan, a Jem’Hadar leader in a Star Trek: Deep Space Nine episode “The Jem’Hadar”. The episode was aired in 1994.

In his review of the episode, Star Trek author Keith R.A. DeCandido described Williams’ performance as “great work” and “especially scary”. Though Williams is quite unrecognizable under the Talak’talan mask, that is certainly the mayor Lavon Hayes.

While many Hart of Dixie fans expect the 5th season of the series, producer and screenwriter Leila Gerstein revealed that season 4 of would be its last. On May 7, 2015, the CW officially canceled the show.

Nevertheless, both Hart of Dixie and Cress Williams fans are hoping for Season 5.

Meanwhile, Williams has portrayed a detective Stallworth in movie “Lowriders”, premiered a few months ago. The movie will be released in spring 2017.