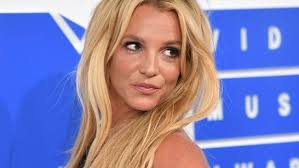 It is never unusual for the multi-awarded singer-actress Britney Spears to fall victim to death hoaxes. Just a day after Christmas, news of the singer’s death stormed social media particularly Twitter.

The death hoax was part of Sony Music’s Global tweet which read, “Britney Spears is dead by accident.”

Apparently, the recording company’s Twitter account was hacked. Spears’ manager, Adam Leber went on to retract the news through an interview with CNN saying that the pop star is very much alive.

Leber further stated that this was not the first time news of Spears’ death spread on social media. However, this was the first time that the hoax came from Sony Music’s official account. He was certain that the account was hacked. Though he has not spoken to anyone from Sony at the time he was interviewed by CNN.

The tweet was since then deleted. Sony has also issued an statement that indeed its Twitter account was hacked by a group which identified themselves as OurMine. The group was also responsible for the recent hacks on the accounts of Marvel and BuzzFeed.

It can be recalled that the music company has had its own dealings with hackers. Back in 2014, the email accounts of its top executives were hacked which brought on several controversies thereafter.

In her first public message after the hoax, Britney also reassured her friends and fans that she is alive and well. In her Twitter account, the pop royalty said, “Never underestimate the power of Charlie’s.”

All tweets pertaining to Britney’s death hoax were deleted as of this writing. The Christmas death hoax spread after “true” news of another singer’s death, George Michael also hurled social media.