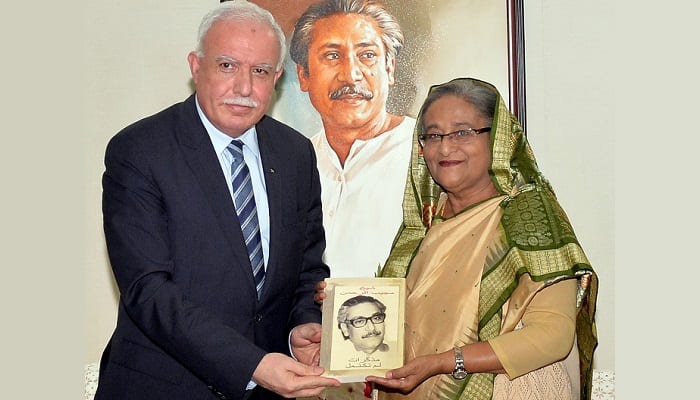 The unfinished autobiogra- phy of Father of the Nation Bangabandhu Sheikh Mujibur Rahman has been translated into Arabic, while it is also going to be published in Spanish language reports BSS Palestinian Foreign Minister Dr Riad NA Malki handed over some copies of Arabic edition of the book”

“We have also requested other Arab nations to publish the book if necessary we could supply the books to them,” the press secretary quoted the Palestinian foreign minister as saying. The premier later handed over two copies of book with her own autograph to the Palestinian foreign minister one for their President Mahmud Abbas and another for Dr Malki the palestiHian”foreign minister paid rich tributes to Bangabandhu and said the people of his country hold the great leader in high esteem. What Bangabandhu had done for the people is unique,” Dr Malki said.