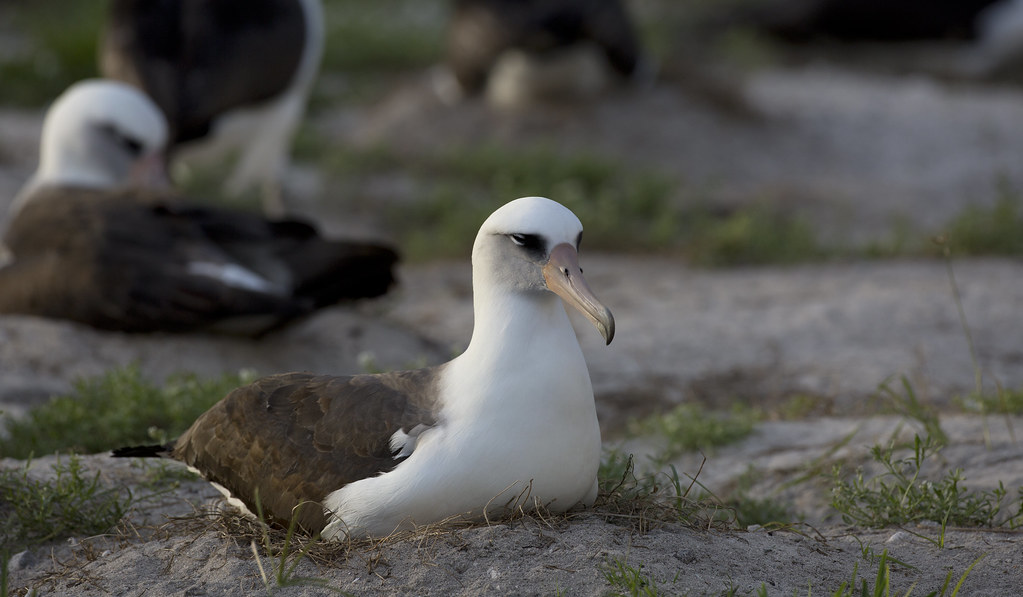 A 66 year old Laysan Albatross is expecting her 41st chick. Wisdom, the name of the Albatross, is currently living at the Midway Atoll National Wildlife Refuge. Researchers say this chick is a surprise because she just had a chick last year.

Wisdom was first banded in 1956 and it is estimated that in her lifetime she has flown over 3 million miles. Each year she returns to the refuge, which is a popular haven for albatrosses.

The typical lifespan of these albatrosses is about 12-40 years.  Over a course of six months, these birds raise the young chick until it is ready to leave the nest.

Because Wisdom has lived so long, researchers have had to replace her band a total of 6 times.