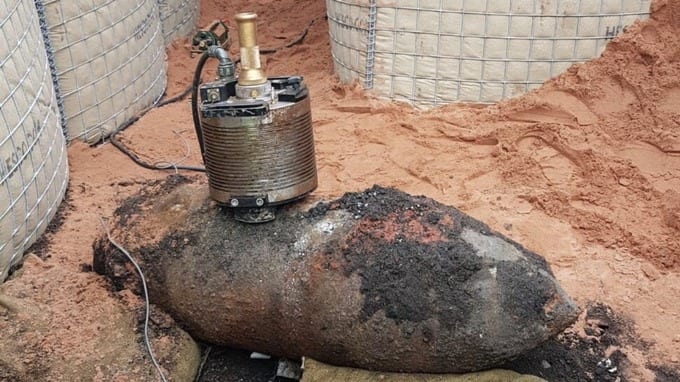 The town of Augsburg, Germany was evacuated on Christmas Day so authorities could defuse an unexploded bomb left from World War II.

The bomb is believed to be a British one from a 1944 attack on the city. It was discovered this year during construction.

Over 50,000 people were asked to leave by 10 AM on Christmas. Citizens were able to return at 7PM, which was when authorities successfully deactivated the bomb. This evacuation is considered to be the largest one since World War II.

It is well known that there are more than likely many unexploded World War II bombs in Germany. It is thought that 10% of the bombs dropped on Germany are still buried and unexploded somewhere in the country.
There have been many World War II bombs found in Germany in recent years. In December 2011, two bombs were discovered near the Rhine. Most recently, in May 2015, a bomb was found in Cologne.