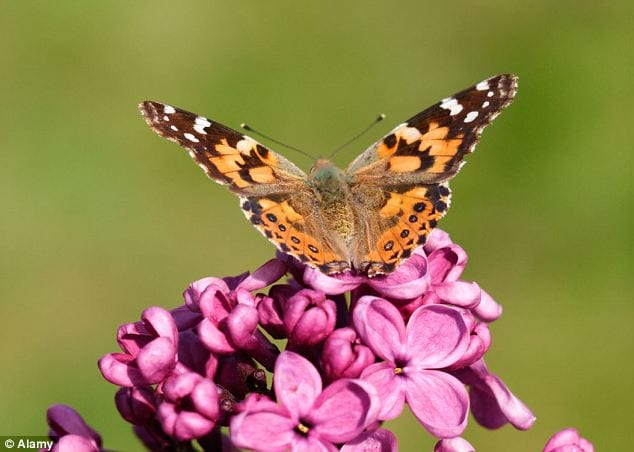 A 10 year study has recently come out to show that trillions of insects fly over southern England each year during migration.

To find out just how many do, scientists used radars and insect nets during the day and night to estimate the amount of insects. Observing heights from 150-1200 meters above the ground, researchers believe that that over 3.5 trillion insects migrate from the U.K. to Africa from May to September.

Insects that were recorded ranged from cereal crop aphids and flies to butterflies and ladybeetles. An interesting discovery from this study showed that insects seem to have an awareness of weather patterns during the migration, and whether they should fly on that particular day due to them.

Scientists believe that this migration is a good sign, as insects are very important for the pollination of plants and are a vital food source for creatures such as birds.