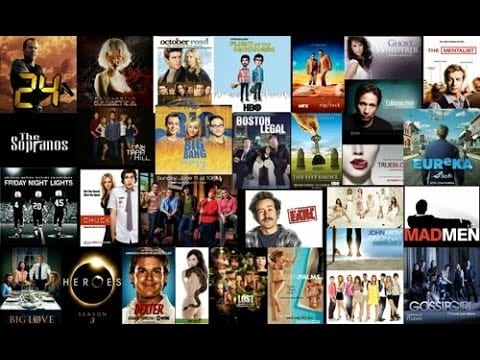 Christmas holidays are coming, and it mean there will be more days-off and time for chilling-out and cuddling with new series. Here is the list of the most popular TV Series according to IMDb version.

And adventurous fantastic drama about Barry Allen, who was being struck by lightning. After he wakes up from his coma, he discovers his new power of super speed, and eventually becoming a superhero, The Flash, fighting crime in Cen.

The series starring Stephen Amell and Katie Cassidy tell about a rich spoiled playboy Oliver Queen. He is missing and presumed dead, his yacht is lost at sea, but after many years he suddenly returns as a changed man, determined to clean up the city from the evil as a hooded vigilante armed with a bow.

New comedy and drama series, nominated for 3 Golden Globes. The lives of Rebecca, Jack and their three children are presented at different circumstances and points in time.

A comedy about alcoholic man, who lives in a perpetual stupor, while his six children cope as best they can in his little town house.

An epic story told by George Martin and pictured by David Benioff and D.B. Weiss tells about nine noble families fight for control over the legendary lands of Westeros. Meanwhile, a forgotten race hell-bent on destruction returns after being dormant for thousands of years, so the winter is coming…

The family comedy is a continuation of Full House, filmed back in 1987. D.J. Fuller is a mother of three young boys and a recent widow. Her sister Stephanie, best friend Kimmy and Kimmy’s teenage daughter are in to help raise D.J.’s sons. This season the house is a lot fuller.

Historical drama pictures the world of the Vikings and a journey of Ragnar Lothbrok, the first Viking to emerge from Norse legend and onto the pages of history, a man on the edge of myth.

A mystery and Sci-Fi series inspired by the 1973 film of the same title written by Michael Crichton. An action takes place in a futuristic theme park populated with artificial beings.

This horror gets 665.359 votes on IMDb, becoming the most popular TV episodes watched nowadays, even though the first series were released back in 2010.
It is a story of Sheriff Deputy Rick Grimes, who leads a group of survivors in a world overrun by the walking dead. Fighting the dead, fearing the living, zombie apocalypses is coming…